Widespread across Tropical Western Africa, Obeche grows primarily from Ivory Coast to Nigeria and Cameroon. It’s also often referred to as “African Whitewood,” “African Maple,” or “White Sapele,” but because Obeche is relatively common throughout the area, it’s known by a variety of regional names, including “Abachi,” “Wawa,” “Ayous,” and “Sambawawa.”

By any name, it can grow to a height of 150 feet or more and a diameter of up to 5 feet. Which isn’t uncommon for trees in this part of Africa, but the trunk of Obeche is usually free of branches for a considerable height, allowing for clear lumber of considerable size when harvested.

A capable, easy-to-work wood, Obeche is found in abundant supply, making it a very affordable option. But from an appearance standpoint, its most distinguishing feature is that, ironically, it really doesn’t possess many distinguishing features. It’s a pleasantly plain, nondescript wood, which actually makes it useful as stock for artificial limbs.

Color wise, Obeche is pale yellow to creamy white, with little or no difference between the heartwood and sapwood, creating a uniform, featureless look. Its grain can be straight, but is usually interlocked, with a medium to coarse texture.

A suitable choice for wood veneer and architectural plywood, Obeche is also used for furniture, millwork, blackboard, boxes and crates.

CITES Appendices: Not listed
IUCN Red List of Threatened Species: Listed as being a species of least concern. 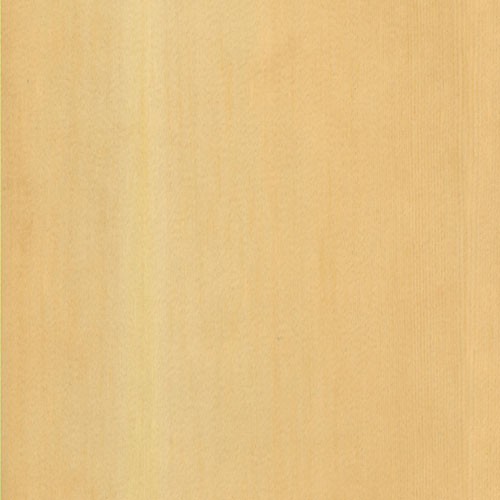