A large, evergreen conifer that only grows natively in the mountains of the Eastern Mediterranean basin, including Lebanon, Syria, and South Central Turkey, Lebanese Cedar is one of the most historically significant tree species on Earth.

In fact, the “Cedar of Lebanon,” as it’s also known, has been so important in Middle East cultures it was said that any empire that cut down the trees would bring forth its own destruction. A vital resource to some of mankind’s earliest civilizations, it’s referenced throughout early history, religion, and literature.

As early as 2,500 B.C., the ancient Phoenicians used Lebanese Cedar to construct temples, palaces, and furniture. But even more importantly, in the ascendancy of their empire, they exported the wood to Egypt to raise the huge capital resources they needed to build not only the ships essential to their historic maritime trading network, but the alliances required to become the classical world’s most dominant seafaring power.

In the Epic of Gilgamesh – one of the world’s earliest great works of literature believed to be written in 2,100 B.C. – an episode titled “The Forest Journey” tells of Gilgamesh, the Sumerian hero and King of Uruk, traveling to the Lebanese Cedar forest to slay the monster Humbaba, who guarded the trees. Eliminating their protector, Gilgamesh was able to cut down the great trees so he could use their wood to build great works that would earn him fame and renown.

Perhaps most famously, though, “Cedar” is mentioned in the Bible more than 100 times. Not only did Hebrew priests tell Moses to use the bark of Cedar to treat leprosy, but King Solomon used Cedar wood to build his temple in Jerusalem. And Psalm 92:12 says the righteous, “… shall grow like a Cedar in Lebanon.”

But the Lebanese Cedar is as revered today as it was in antiquity. Most notably as the national symbol of Lebanon – the “Land of the Cedar” – which displays the species on both its flag and coat of arms. The tree also serves as the logo of Middle East Airlines, Lebanon’s national carrier. And many political parties and movements in the region have adopted the Lebanese Cedar as a symbol of their causes, including the “Cedar Revolution” of 2005, the Lebanese Forces, and the Lebanese protests of 2019-2020.

The emblematic species is so universally admired, it even finds its way into contemporary pop culture, including the movie version of Harry Potter and the Order of the Phoenix. In the film, the famous magical tree that appears in Snape’s flashback is actually a naturalized, 300-year-old Lebanese Cedar – with the recognizable, massive hole in its trunk – that grows on the grounds of Blenheim Palace in Oxfordshire, England.

In its natural habitat, the Lebanese Cedar is simply majestic. A slow-growing tree, adding no more than 12 to 15 inches a year, it’s also a long-lived species that can persevere for more than 1,000 years. It can grow as tall as 130 feet, and is typically characterized by a large, irregular shaped head and spreading branches.

It’s also a tough species. Resistant to rot and insects, the sawdust of Lebanese Cedar even repels snakes. That it’s also able to withstand both extreme heat and cold, it flourishes on rocky slopes and ridges at high altitudes – ideally between 4,300 and 9,800 feet above sea level – though the trees are also found at altitudes as low as 1,300 feet in parts of Turkey.

Although Lebanese Cedar doesn’t smell like its cousin, the Eastern Red Cedar [Juniperus virginiana], the Mediterranean variety does emit its own uniquely pleasant, sweet spicy odor — one that people like so much, the scent extracts from the wood, cones, and needles have become a major commodity used in perfumes and aromatic candles.

Unfortunately, due to its immeasurable popularity and importance throughout the recorded history, extensive deforestation has radically reduced the Lebanese Cedar footprint, leaving only small remnants of the original forests. And while attempts to preserve the trees date back as early as the Roman emperor Hadrian, extensive reforestation efforts continue today. In fact, more than 50 million young Lebanese Cedars are planted every year in Turkey. And in Lebanon, the state has created several natural reserves to protect the species.

Appearance wise, Lebanese Cedar is as elegant as it is chronicled. While the heartwood is a beautiful cream to light reddish brown color, the narrow sapwood is a pale yellowish white. Typically straight-grained, the wood can feature knots or bark inclusions that create irregularities. And it has a medium-to-coarse texture, with a moderate natural luster.

CITES Appendices: Not listed
IUCN Red List of Threatened Species: Listed as vulnerable due to a total area of occupancy of less than 770 square miles and a severely fragmented population. 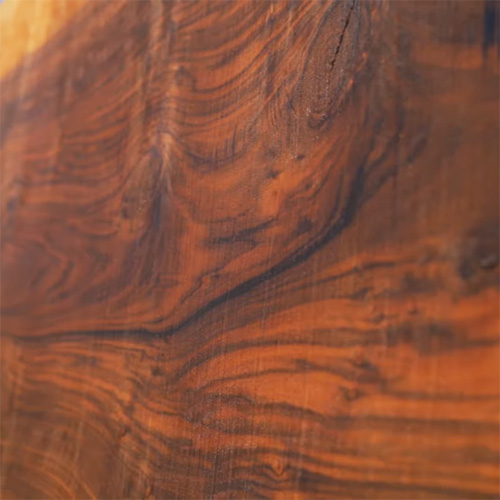 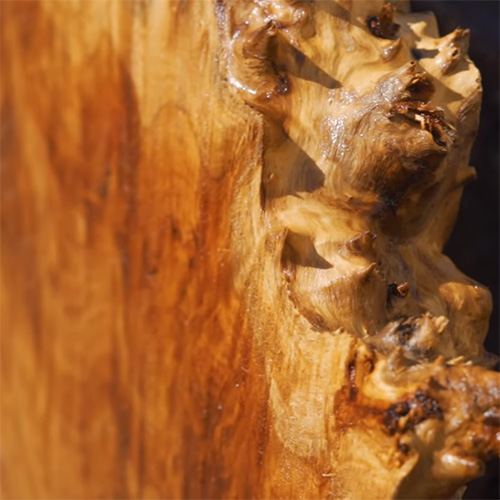