One of Northern California’s truly unique treasures, Bastogne Walnut is a rare hybrid tree that results from the cross between the Claro Walnut and English Walnut species.

First identified in the 1890s by plant breeder Luther Burbank, it’s unclear whether he discovered the species naturally and cultivated it, or actually created the hybrid himself through experimental cross pollination between the California-native Claro and naturalized English Walnut varieties in his outdoor laboratory in Santa Rosa, California.

Either way, something amazing and puzzling happened — the resulting Bastogne Walnut hybrid grows faster than either of its parent species. Not only that, it also produces a harder, stronger, more dense wood. And judging by many gourmands’ standards, even produces a higher quality walnut than either Claro Walnut or English Walnut trees.

In fact, Burbank found the contradicting qualities between the hybrid and its parents so enigmatic that he originally named the new tree “Paradox,” or “Paradox Walnut” — names you’ll still hear it called today. As for the moniker “Bastogne Walnut,” all indications are that it’s actually more of a marketing term than a botanical or geographic reference — underscored by the fact it bears no connection to Bastogne, Belgium.

Of course, when you see the Bastogne Walnut wood, how it got its name will be the last thing to cross your mind. One of the rarest hardwoods on the planet, it produces a heart-stopping, stunningly beautiful wood, featuring an incredible display of color and unparalleled figure — both of which often vary from tree to tree.

While the heartwood of Bastogne Walnut ranges from a lighter golden yellow to reddish brown color – with rich dark brown, nearly black streaks – the subtly demarcated sapwood generally offers paler hues along the same spectrum. Perhaps even more dramatic is the species’ breath-taking figure, which will draw you in for hours, teasing your eyes with a variety of patterns — from curly and rippled to fiddleback and crotch patterns.

Simultaneously a conversation starter and showstopper in any setting, Bastogne Walnut is one of the world’s most highly prized selections for fine furniture, musical instruments, gun stocks, knife handles, specialty items, and turned objects. 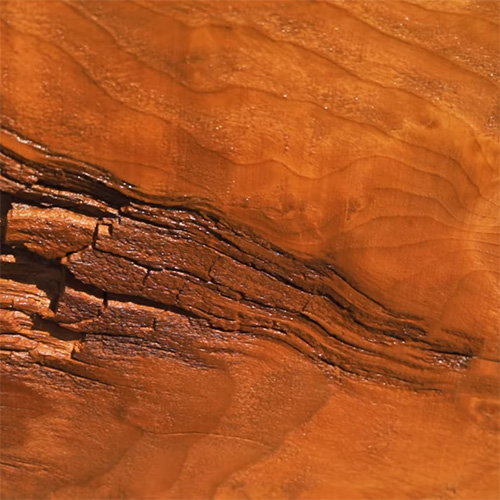