A medium-sized deciduous tree, Red Elm grows primarily in Eastern and Central North America, stretching from southern Quebec to North Dakota, down to the northernmost parts of Florida and East Texas.

While it resembles American Elm superficially, Red Elm is more closely related to the European variety, Wych Elm. A reference to is reddish heartwood, it’s typically referred to as Red Elm in most woodworking applications. However, it’s commonly called “Slippery Elm” in other contexts — a nod to the slippery-sweet, fibrous inner bark found on the tree’s twigs and branches.

In fact, Native Americans relied on that “slippery” inner bark to treat fevers, inflammation, wounds, and sore throat. Not only that, Red Elm was historically used for coughs and colds, as a laxative, and to ease women’s labor pains in childbirth. It also served a lot of non-medicinal purposes as well, used commonly to make tools, mortars and pestles, baskets, archery bows, and canoes.

Another interesting fact, the yoke of the Liberty Bell – one of America’s great symbols of independence – was made from Red Elm.

Like all Ulmus species, Red Elms are commonly infected with Dutch Elm Disease. But, fortunately, this species seems to be less susceptible to the devastating effects as other Elms.

A classically handsome wood, Red Elm features a reddish brown to light brown heartwood and a well-defined, cream colored sapwood. Its grain is interlocked. And it has a coarse, uneven texture.

In all, Red Elm is a fantastic choice for a wide variety of applications, including wood veneer sheets, custom plywood, durable furniture, boxes, baskets, hockey sticks, and papermaking. 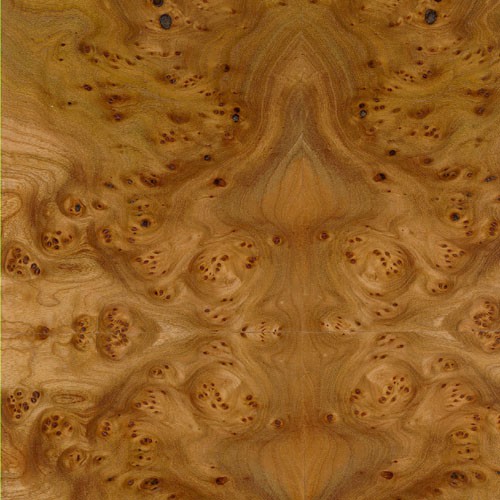