While it produces good quality timber, because Shamel Ash grows so prolifically, it has been introduced in Hawaii, Puerto Rico, and sub-Himalaya regions of India, where it’s used for reforestation purposes in higher elevations, watershed protection, and as an ornamental tree. It’s especially popular in California, Arizona, and Mexico as a street and shade tree.

In the biological name for Shamel Ash, the “uhdei” species epithet refers to Carl Uhde, a German plant collector who explored Mexico in the 1840s. Whereas its popular name pays homage to Archie Shamel, who introduced the species to California in 1920s. That said, you might also hear the species called by a variety of names, including “Evergreen Ash,” “Hawaiian Ash,” “Tropical Ash,” or “Urapan,” a moniker it was given in Columbia after being introduced there in the 1950s.

Historically, Shamel Ash has been relied on for medicinal purposes through various applications. Combined with lime juice, a decoction is produced using parts of the tree to treat fevers caused by malaria and typhus. It’s infused to remedy cough and rabies. And the leaves are often used to treat conditions ranging from intestinal infections and diabetes to rheumatism and ear pain. The leaves are also combined with salt to create a wash for treating and cleaning external wounds.

But it’s the quality of the wood that makes Shamel Ash a popular, contemporary choice. Hard, heavy, tough, and strong, it’s nearly indistinguishable from White Ash.

Which is to say, Shamel Ash is an elegant, clean wood. Characterized by a blonde to pale chestnut brown color – with little no demarcation between the heartwood and sapwood – the grain is straight, with a moderately fine texture. 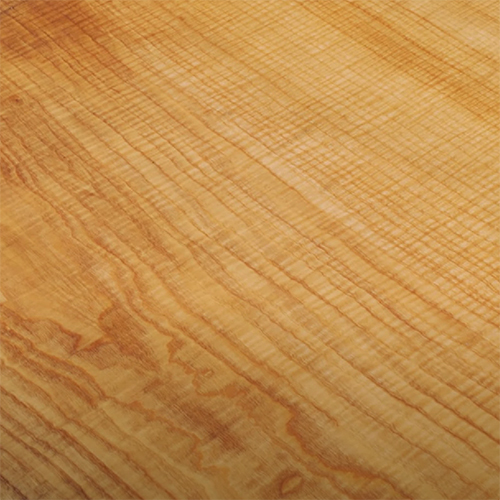