More than the most awe-inspiring of all trees, the Redwood is among the most magnificent species on Earth — plant or animal.

While it originally grew across a much wider range of the Northern Hemisphere in prehistoric times – including the coasts of Europe and Asia – the Redwood’s only natural habitat today is on the Pacific Coast of North America, stretching from Big Sur, California, to southern Oregon. So it’s common to hear it called “California Redwood” or “Coast Redwood.” And just as familiarly as “Sequoia” or “Vavona” (when referring to the burl produced by the root wood).

One of the longest-living organisms on the planet, often surviving between 1,200 and 2,200 years, the Redwood is among the oldest living species on Earth. In fact, it’s been around for about 240 million years, showing up shortly after the dinosaurs – before flowers, birds, spiders, and, obviously, humans – and in California for at least 20 million years.

But human impact in just the last 150 years – both through clear-cut logging and development – has drastically reduced the number of these ancient giants. Where Redwoods once occurred naturally across an estimated 2,000,000 acres prior to the 1850s, only 5% of the original old-growth forests that flourished on the Pacific Coast are left. Notably because the species is extremely resistant to insects, fire and rot, making the wood invaluable for building. Which became even more evident when several Redwood buildings survived the 1906 fire that destroyed over 80% of San Francisco, launching a flurry of demand for Redwood lumber in the rebuilding of the city.

Another amazing fact about Redwoods is that they’re climate change heroes. Studies show the species captures more carbon dioxide (CO2) from cars, trucks, and power plants than any other tree on Earth. And is capable of holding at least 3x more carbon than the average tree, able to clean more air and help keep global temperatures from rising.

Capable of reaching nearly 400 feet in height and 30 feet in diameter, the Redwood is also the world’s tallest species of tree. Including a specific specimen named “Hyperion” that, at an estimated 381 feet tall, ranks as the world’s tallest known living tree. Understandably, Hyperion’s exact location is kept secret to protect it from being damaged.

Amazingly, though, despite growing to tremendous heights, the typical Redwood’s root system runs only 6 to 12 feet deep. How the trees create the strength to withstand powerful winds and floods is by extending their roots outwards – up to 100 feet from the trunk – and living in groves where their roots can intertwine, effectively growing to protect one another.

Buried within those roots is a rare, hard-to-acquire treasure known as “Vavona Burl” — the unbelievably exotic figure produced by the burls formed at the base and in the roots of the gigantic trees. Obviously, the burls have to be dug out, which, because the Redwood’s root system grows so wide and intricate, is an amazingly difficult task. But once harvested, Vavona renders two types of precious, deep dark red burl. One, the lace form, is actually the burly wood. The other, a birdseye form, features fine, dark dots over the surface, similar to Birdseye Maple and Thuya Burl.

Though different, all the Redwood material growing above ground is equally spectacular. While the heartwood ranges from a light pinkish brown to deep reddish brown color, the sapwood is a pale white to yellow. The grain is generally straight, but figured pieces can be wavy or irregular. The texture of Redwood is coarse, and it has a low, natural luster.

Among the most spectacular materials on Earth, both Redwood and Vavona Burl elevate any application in stature and appearance — especially wood veneer sheets, custom plywood, decking, exterior furniture, musical instruments, and specialty items.

CITES Appendices: Not listed
IUCN Red List of Threatened Species: Listed on the IUCN Red List as vulnerable due to a population reduction of approximately 40% in the past three generations, caused by a decline in its natural range, and exploitation. 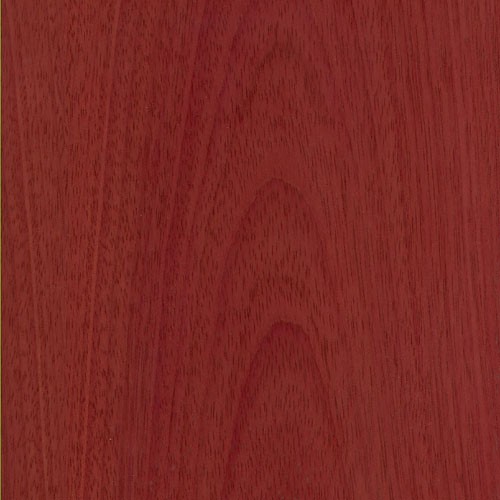