A beautiful African species, Mozambique isn’t really found in its namesake country. Rather it flourishes on the other side of the continent in swampy, tropical West African rainforests, from Liberia over to Nigeria and down to Gabon.

In addition to “Mozambique,” the Guibourtia ehie species actually goes by a long list of names, with no single one considered the predominate moniker. In fact, it tends to be called different names for different applications. For making guitars, it’s referred to as “Ovangkol.” Woodworkers usually call it “Shedua” or “Amazique.” And while all are considered correct, the most popular reference for wood veneer is “Mozambique.”

By any name, the wood has a rich, strong appearance — full of classic character. While its heartwood varies from a yellowish to reddish brown with darker brown, gray, or black stripes, the unmistakable sapwood is a pale yellow hue. Mozambique’s grain can be straight, wavy, or interlocked. With a medium to coarse texture and nice, natural luster. Occasionally, tiger stripe, fiddleback or mottled figuring occurs. 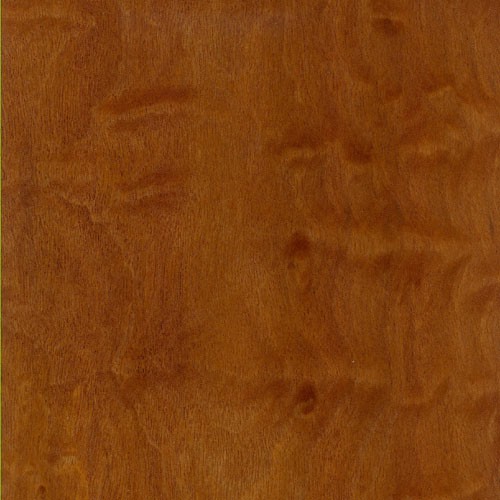