Quite possibly the world’s most favorite wood, Honduran Mahogany is easy to work with, phenomenally stable, and classically beautiful.
It goes by many names, but the most accurate and telling are “Genuine Mahogany” or simply “Mahogany,” as Swietenia macrophylla is considered by many to be the real and true species.

A slow-growing, tall, tropical tree native to Central America, South America, and Southern Mexico, Mahogany is an incredibly important commercial timber in that part of the world. Ironically, while it was added to the CITES Appendix II in 2003 due to exploitation, it’s also a pioneer species used in reforestation projects on degraded agricultural land. Today it’s grown extensively on plantations, both as a shade tree for other crops and to protect its own population.

As attractive as Mahogany’s color is, its heartwood can vary quite a bit — anywhere from reddish, pinkish, or salmon colored, to a yellowish hue when fresh, darkening with age to a deep rich red or brown. Clearly demarcated, the sapwood is a yellowish or whitish color. Mahogany’s grain can be straight, interlocked, irregular, or wavy. With a high, golden luster, and strong chatoyancy.

For hundreds of years, Mahogany has been a species of choice for high-end furniture, precision woodwork, cabinetry, boatbuilding, musical instruments, premium wood veneer, and architectural plywood.

CITES Appendices: Listed in the CITES Appendix II.
IUCN Red List of Threatened Species: Listed on the IUCN Red List. It is listed as vulnerable due to a population reduction of over 20% in the past three generations, caused by a decline in its natural range, and exploitation. 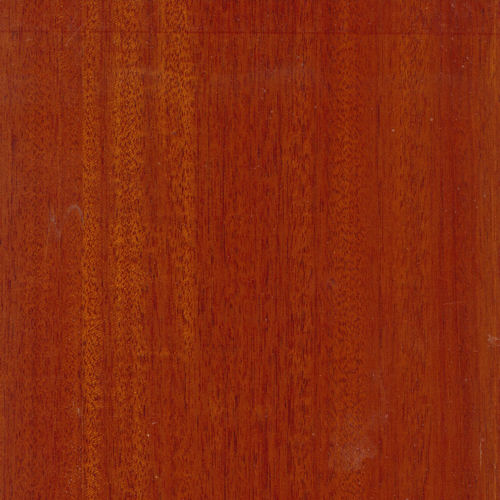